Year 3 (Mr Baxter’s Class) have been investigating what plants need to grow.

We looked at the experiment that we set up last week. First, we checked our control pot – that one had everything: soil, water, sun, air and warmth. This was to check if the seeds would grow with all the conditions met. They had! Then, we checked the other pots.

We found that the pot that had no sun had grown quite a lot – taller than the control – but there weren’t as many shoots and the leaves were yellow, not green.

The seeds in the pot with no soil had grown a bit, which surprised us. The leaves were green but the shoots were very small.

The pot with no water hadn’t grown at all.

The pot with no air (or only a little as it was hard to remove all the air) had grown a small amount but had also gone mouldy.

The pot that had had no warmth had barely grown at all – the seeds had just begun to sprout but there were no leaves or stalks. We thought it would grow better than that.

Some of our predictions were right, some weren’t. We decided that water is the most important variable – without it, there was no growth at all.

After all this science work, we relaxed with a cup of hot chocolate around the fire. It was lovely on a chilly afternoon! 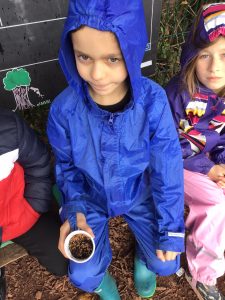 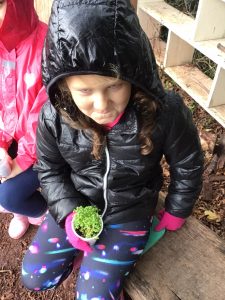 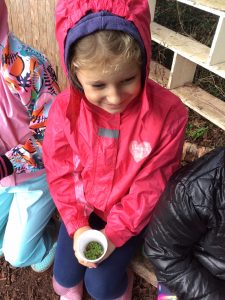 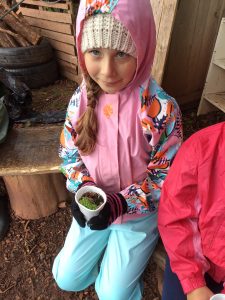 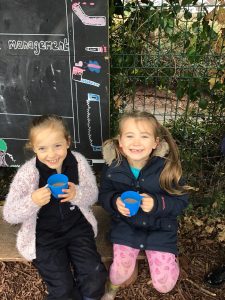 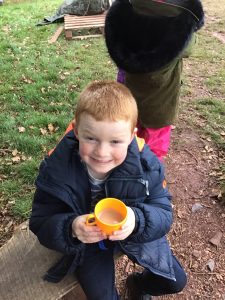 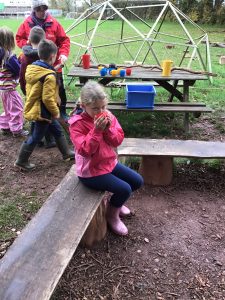 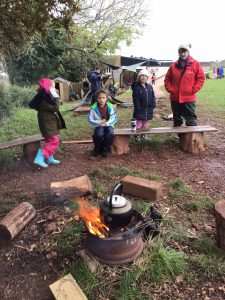 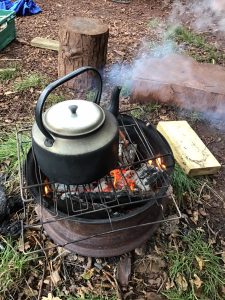 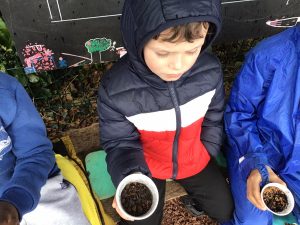 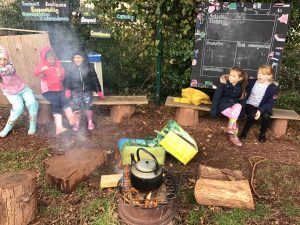 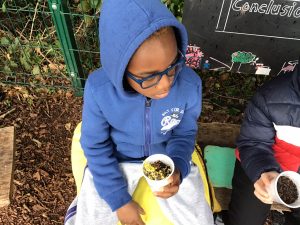